Our thanks to new contributor, John Debenham, who has sent pictures of the launching of HMS Swinger. She was launched at Pembroke Dockyard in 1872. Lt. Marx captained the gunboat Swinger when he was on the Australia Station in 1883-1887. John (co-incidentally) writes from Sydney:

“Here are some photos of the Swinger paraphernalia. The hammer and chisel were used to launch the ship. The Miss Dalton who launched it (note the WD carved in the top of the picture frame) was the sister of my Uncle’s grandmother. My Uncle was Gerald Dalton Debenham. His grandmother was Jane Dalton. Jane’s sister launched the Swinger.”

For more information on Lt. John Marx and the Australian Station click here. 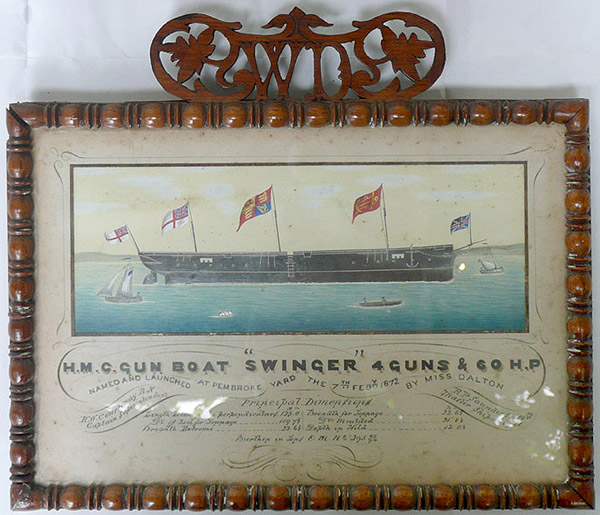 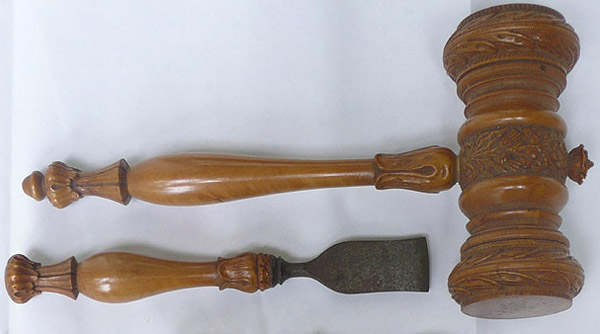 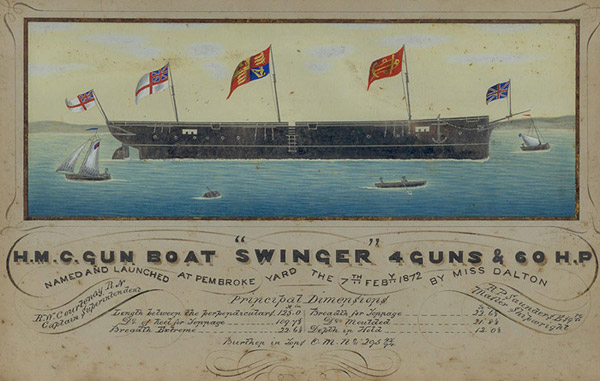