Recently we published a naval inquiry by Harold Peacock in Australia concerning his relative William Alfred Marfleet. Today we have heard the answer from a reader in Canada…. Thank you Barrie Marfleet.

I just stumbled across the Persona Navel web where you are looking for information on William Alfred Marfleet. I believe he is my great uncle. Attached is a photo of him and his wife that I have in a box of old photos left to me by my parents. Sure looks like the same person. You were asking about his insignia, well he was a gunnery officer in the Royal Navy. My dad, Reginald was also in the navy. I understand that William was killed on the HMS Hood in the early part of WWII. Maybe wrong but going by memory of stories told to me as a kid. 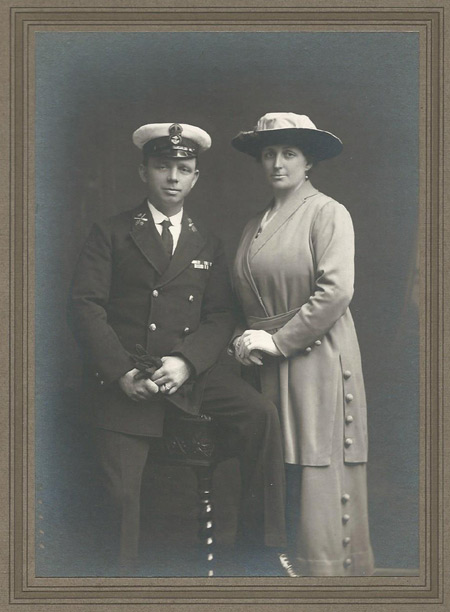